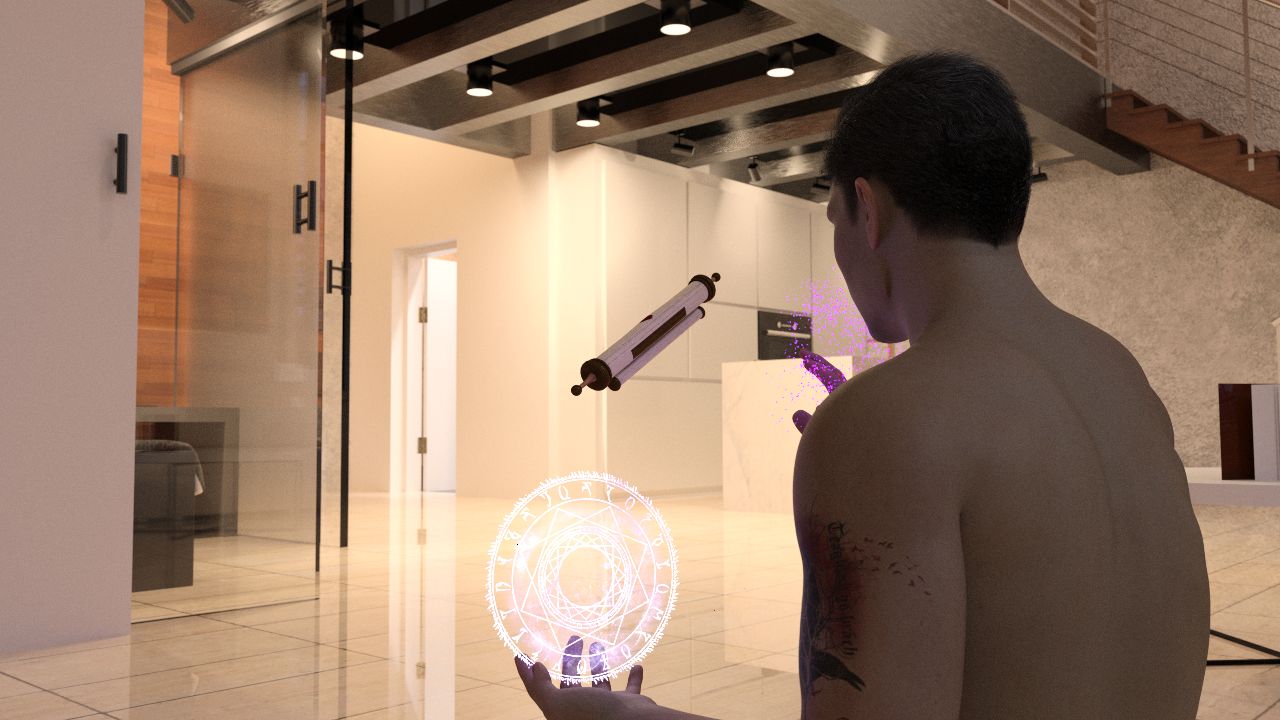 Reluctant Archon – Let’s Do The Mash, A Monster Mash!

You have no idea guys, how long I’ve wanted to use that one. Really though, this story is one of the best one’s I could apply it to. Not only are there examples of many favorite fantasy creatures with powers based on their individual well known sets, but the characters are well written too. That’s a lot more rare than it should be in game development. Onwards, to the twist…

You are the driving force. By which I mean the MC. That’s not unusual so go ahead and name yourself ‘Tom Jones’ if you like, it’ll still call you a member of the Ashalls. A powerful, prominent sorcerer clan. Of course that’s not where the fun begins but I won’t spoil it. Let’s just say the MC didn’t want to be what he is, but try as he might, he can’t outrun it either. As far as what an “Archon” is; I’m not sure the dev has fully figured that out yet. Best I’ve got is a cross between something older and arguably more powerful than (most, very likely) gods, and diablo 3.

For myself, I just want to know if you’re going to stay “mortal” throughout the story. If so, I have a mite of a problem with that. I get that there’s supposed to be a way that you can lose, and that’s why I put most up there. Besides, even if he is the “king of all” by the end, you’ve put tent poles for an intriguing weakness. One that makes him vulnerable but can still be corrected, up to a point. Let me explain…

The Archon is a powerful, primordial force. The gods themselves are scared of it. They don’t like challenges to their power, and the power sets don’t work the same way. Gods are massive do not fuck with me characters, yes… but the Archon doesn’t require faith to draw power. That’s made brilliantly clear. The problem is the void. Play the game and you’ll get to that point; the catch is, it’s also the reason this game IS a harem game at the end. Your girls are your strength in the world, to certain extent, and having more equals good. Not having more, doesn’t necessarily bone you (entirely) so feel free to play your own way and choose whom you like. That’s good. That’s even really, really good.

An interesting concept I feel is building is the fact the Archon is the “alpha” type. The god of gods, as it were. I’m personally making a certain one my high priestess if I can. First, to make a god bend to my will because I have control issues and like power. Full stop. Second because tactically, I think the god as my high priestess would be more able and willing to help me protect the less powerful ones in my care. Thing is, you’re on top. Everyone, even the gods want to be top dog. No one says they won’t band together and attack you all at once.

There is a prime example in Greek Myth actually; Zeus challenged all the pantheon to a match of tug a war in one story. Him alone on one side, to prove his strength to rule, and everyone else on the other. Everyone. Wanna know what the outcome was; you can guess. He’s still known as the king of gods.

I’d personally say you can or should be able to lose the story if you don’t build enough girls to the harem. Or specifically, since there’s a major plot point involving MC base desire, if you choose not to get your girls pregnant. Either at least one, or any of them. I’d personally like to see all be an option. I’d also like the Archon to be the raw power who can make mortal into not mortal. How else will he keep so many of his girls safe/alive past nature’s will? There is a finer point in that if he is the Archon, he really shouldn’t be mortal by set point, as you make him accept what he is during story, and ascend… so at that point, fuck mortality. An immortal can still die, just not by age. There was a reason in Greek Myth and really any other I’ve come across, the gods did not fight each other.

You can also state that he is like a Fate; stronger than any god in the pantheon, so it would take all of them combined to bring him down. Even then, they can kill the shell, not the power itself. So immortality can still work, you just have to structure it within very defined rules at play that you explain to the players, like you have been. I commend you for that. It is a really good story.

Maybe making too many dark choices will force the gods to realize you’ve gone power mad, so clown car antics ensue. Or taking too many women from beings that weren’t inclined to lose them, like the priest Dad, and such. I’m trying not to spoil things as best I can. There can be organic consequence to choices that build overall to a you lose. The MC doesn’t have to stay mortal for that to be an end point, and frankly, you can make the story end on a cliff hanger that builds perhaps to the next gen as “archon continued” if you want. The characters don’t have to die for the story to end.

You spend a good chunk getting to know most of them, though there are some hinting they have feelings that aren’t fleshed just yet because game is still in development. Point being, that’s a strength in this game’s design. It makes you care. By following rules that make sense, by not going out of it’s way to emasculate the Main at every opportunity. By letting the player taste true power, even if they’re worried for a good bit that it’ll rip their still mortal body apart at the seams. The females are all people you can care about; they’ve got personalities that can clash.

They’re all also willing to certain extent to be in your corner, and again with reserve that varies for their own reasons, to share your bed. Where that goes, and if it does is entirely player based choice. That’s always going to be a brilliant move as a Dev.

She’s Not Exactly Your “Traditional” Marriage ; )

Mechanically, there’s not much outside binary choice, but it is choice given to major parts of a cohesive plot that has room to expand exponentially. The graphical quality is by and large beautifully done. The characters are all barring rare exceptions of near crossed-looking eyes, gorgeous. Excepting the female alpha were, but I’m calling that the “obligatory” joke. Or she’s going to de-age through sex. Either way. At any rate, for my vote this is a really intriguing premise with a metric fuck ton of imagination at play. It doesn’t use creativity as an excuse to be needlessly random, and the mystery in it makes you want to keep going, to get to the end of the very personal tale. Which really feels like it’s yours, by the way. Well done.

This is, quite simply, how I would build a fantasy harem game. It’s honestly how I’ve done about all of my fantasy books. I do different creatures and I’m a little more upfront about MC becoming immortal by set point, but hey… it’s a beautifully engrossing start, and a wild ride to the end. What more could you want? Aside from cubs, lots and lots of cubs…  maybe with the vampire girl, for a mind bend, or a certain intriguing werewolf, by the end? Guess I better drop the mic before I start to think it’s a chew toy, huh… Catch you wild-hearted gamers another night. Howl at me if it strikes your fancy, I’m out.

Hypnosis – All It Takes Is Some Help From “Father” Time…

Take Over (Slow and Steady; But You’ll Still Lose The Race)