Hello Gamers, Wolfe returns but I promise I’m not a Jed, Aye? Anyway, into the deep we go.

There’s not really much to this game as it is a visual novel. It offered very little in the way of branching choice. There is one involving your family, but as it takes everyone involved with your “Evil” Dad, it probably fucks over several possible relationships. Maybe even the one with your sister. I don’t know as I went the let’s not be outright antagonists option instead. I liked his assistant, sue me.

Other than that, the branching choices consist so far of solely which girl you like, and how far you may or may not want things to progress. However, the problem is choosing no doesn’t lock them from future content. Choosing yes to all will certainly get you screwed down the road – just not in the fun way. Or at least, not only.

For example, you can choose to bed your eighteen year old band mate, and later in the story the game makes it quite clear she’s probably Bi. At least, bi curious. There’s a distinct difference. You can probably get away with a three way with her.

However it’s not implemented. You can invest in a path with your boss, who is implied strongly to have a crush on her boss. Since she’s a girl, and possible invested in you, that might also be a three way to come. I don’t know, and I’m sure there are going to be future consequences to trying.

You can focus on your sister’s best friend, but rejecting her probably won’t go well for continued relations with the one family member you think you can trust.

Or you can go with a barista, who doesn’t have much content yet, or her black more overt friend who skips right to the sex and has only one scene. You can also pursue a nurse student looking to be a doctor, who’s a better choice than the wild nymph she first seems.

Problem being control-freak Mommy, and the direct option to pursue her as well, comes right after deciding to commit to a real relationship with her more vulnerable daughter.

So in conclusion of this part, two points. The creators did a great job with the art and the investment angles. You grow and get to know these women in incrementally responsive bonds of relationship. However, it should be made clear whether this is a harem game. Or that it most certainly is not. One allows freedom to pursue all paths at once.

The other, accepts multiple playthroughs as necessary right off the bat, but you know that going in. I don’t have a problem with the art, it was good enough to grant kudos to. Aside from the story and character developments, it is the only major technical feature to speak of.

There isn’t all that much of one. As far as the deeper core goes. You are the free-spirit of the family who has untold – literally, it’s very vague – amount of power and influence. He was never stated to be a mos boss, but your father is controlling and conniving enough.

Apart from one contrived plot point that’s meant to humanize and fails because it comes off the side, and far too late, he’s thoroughly been a major dick to you. You’re forced to be the “pull up my boot-straps” type who scrounges to the top from the very bottom.

Now, I don’t technically have a problem with riches to rags to riches under my own power stories… but in the music business, after Knapster; yeah I see the antagonist’s point. There’s a reason I don’t actually have an English degree guys. It wasn’t boredom, or lack of respect for the pedigree.

You of course are certain that you’ll succeed, and of your band’s talent (because we’ve never heard that before) It paints you as very much like your father, and it’s subtle. The fact you can choose to pursue all girls at once might also, and again, it’s very subtle. I like that it’s something you have to actually consider and can be firmly blind to.

Now, aside from that, the story only lets you take baby steps to the end goal so far. I can see dependent on choice investments, several branches that would be NTR to someone playing who invested in the character, but in certain rejected paths chosen to see where they’d lead, can’t actually call it NTR.

I do like they don’t all instantly want to gobble your shaft, but for a couple females making availability more clear from the start, would help. Jade I’m looking at you. She’s mysterious enough in past already started in the music world, and that’s another point.

She failed once, so why does she think this time will be better? Is it the power of the MC’s presence, his money she shouldn’t know about… the ahem, massive tent he sometimes might be sporting??? We just don’t know. I’d mark it as one with potential for both power fantasy and break the woobie. The family business angle being more welcome to the dark side, cause we all know how romantic soul-sucking, blood-drinking ‘work before everything else’ is, am I right? 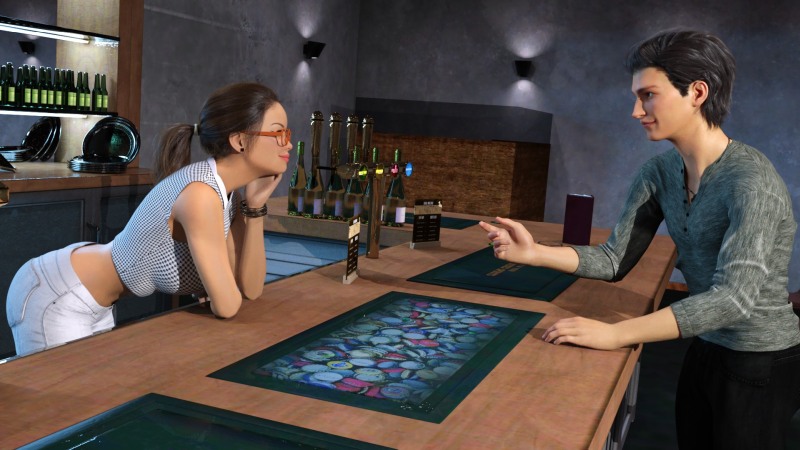 Again to conclude, perhaps a mark of the style in game from the start is recommendable. I don’t mind pitfalls as much, if I can see them coming. It makes it worse when you know you might be able to pursue all, but you can just tell… down in the pit of your black little heart, it’s going to bite you in the ass by the end. Of course, that might just be the developer’s ‘evil’ dungeon master, so far be it for me to decry the fact. It might be best to keep in mind reality then.

Yes, a rockstar can get many and varied “groupies.” Almost all of them certainly willing to fuck the unholy stars out of him. Even do things she’d never normally allow, but answer me this; how many rockers end up in long-standing successful relationships if they go the path of one cock to rule them all, and all the kitty for me. 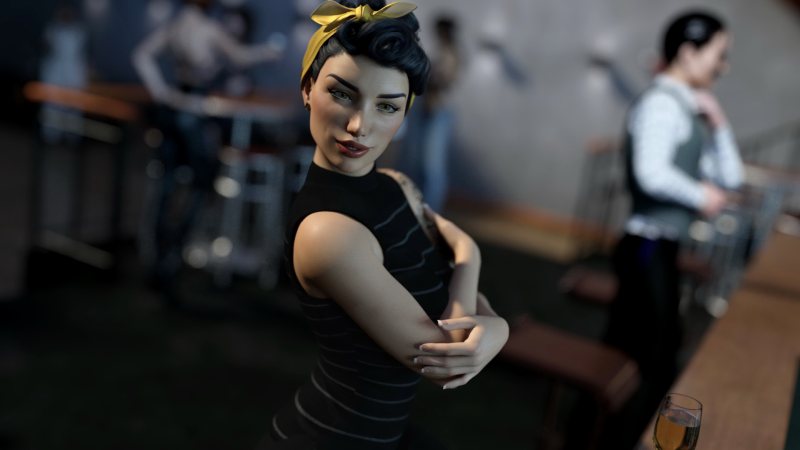 At the end, the game is surprisingly deep as far as investments of the future yet to be made. I can see many branching paths to make a labyrinth. Which can, but is not always guaranteed to, be a good thing. The story is well enough crafted and the art is very well done.

The major focus in girls is obviously your young band mate. She does have the problem of being most earnest – maybe – but slowest to progress. Here is a tip though, and it goes for all developers. We all already know what it’s like to have to wait on pins and needles for something we really want. Nobody likes it, and yes I get she’s ‘innocent.’ Debatable as it is. Thing is, it shows she really wants him too, and is the same horny teen, if she lets him take more of the lead. If she trusts he’s not going to harm her, because that young, she SHOULD NOT have that instinct.

Older women get that, so I’m giving the pass to Jane, a younger woman with that much passion and mostly obvious investment, should not be so damned vexing to pursue. She doesn’t know how much competition she has, but the fact she has some – and she should be aware that it’s possible just from what she feels about the MC in general – should make her more willing to cede sooner, and cement more of a place in his heart. The first relationship is often passionate, sometimes quick to burn out, and usually, at the end, it’ll seem worth it. Until experience and wants truly manifest and call to light the problems that some never really work out.

I’ll say for my last point, you can tease with paetron bait to a certain extent, but it should never be with the main girl. She’s the dream girl, not the tease. You can’t put something wicked on that high a pedestal if you have any survival instinct at all. Overall, it’s a good game with potential. I’d recommend putting it on the playlist once, and hopefully, you don’t think you’re getting Rick-Rolled.

Back to Top
Close