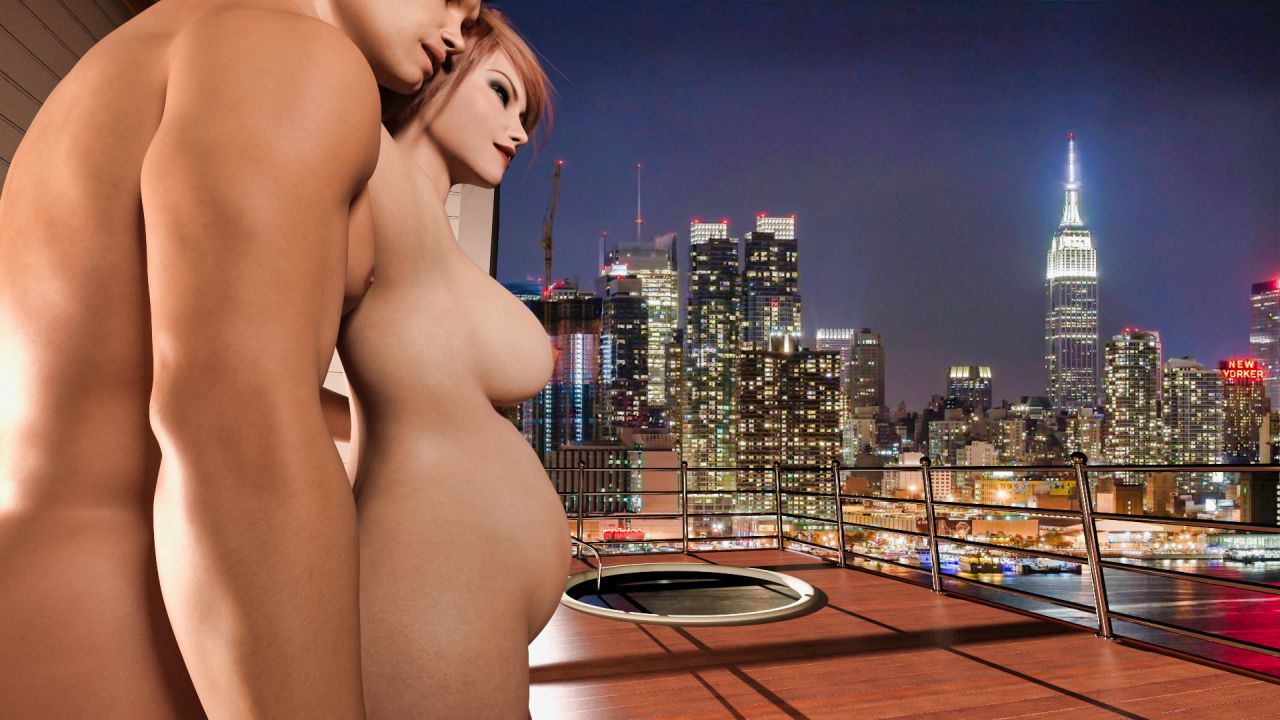 Hello again my fellow gamers. Horny toads one and all. Ever wonder how many of us might be princes, waiting in the wings, should more princess’ learn to buckle down and give their chosen frog his kiss? That said; this is a story with a great many twists. A skewed view on several fairy tale variants. Which I personally find bloody marvelous. Kudos to the Dev on this. You’ve done an excellent job mate. Now before anyone gets any kinked up ideas that I’m unduly biased, let’s get into this mess. See just who comes out on top. Should be a fun and at times very wild ride I’ve got to say, either way the coin gets tossed…

As per usual with a visual novel, there’s really not much to see here. You do get a grand-scale arc branch with three distinct and different choices. There’s the straight love story; which can but also so far as I’ve gone into it, doesn’t have to be played that way. A route for those who favor dominance. This one is firmly full of set kinks. Including pregnancy, but that applies more than once and not just in word-play. There’s also the Harem route, straight up marked. Without a way to really fuck it up.

I can’t tell you how much of a relief that is. Really starting to begrudge the Rubix cube. Beyond that, the choices are fairly straight forward to make. The love route is the most fleshed out right now. Followed by the harem. The Dom route is the shortest. It’s really just about the flavor you want the story to take. Have to say, I’m glad someone out there doesn’t want to throw Granny Smith in for a gag. I don’t mind a MILF or two, but there’s a limit to a person’s suspension of disbelief and a set reason for humanity’s aesthetical attractions.

So far, the base is you as the MC are a former Military team commander. You have ties to at least one of your old squad mates, and money’s not an issue. I’m not exactly clear on the reason. You’ve got a few friends, and a female partner who’s insanely hot. Sort of the tom-boy crossed Amazonian with a bit of genki girl/librarian. Which all translates to “Don’t fuck with her.” Or rather if that’s your thing, please do. I did, and I like her almost absolutely best. Not that I’m ready to pick out waifus just yet. (Oops, probably shouldn’t mention that game; since the rules changed it’s stuck on pending)

You’ve got your damsel in distress, that comes in Neapolitan flavor. A sniper, a niece by honored friend, who’s abnormally attached to her “uncle.” Damsel 2.0 crossed spider monkey. Not that I necessarily mind that. In the Dom route you’ll learn certain things about all involved, where you get other flashes of insight to differ depending on the major arc you choose. Thus re-playability is encouraged. The dev does an amazing job calling out about the kink system. Anything you want to see, you can work toward. Anything you don’t, is your call. It’s very non-judgmental.

You Want To Play With The Hand-Cuffs; Hey, You Do You…

The crux of the problem at hand is protecting this main Princess. Who for once is distinctly not in another castle. Can’t do much about the flavor of peach-based clothes, or the Daisy Dukes. But man, dat azz is truly worth the glares. Depending on what you pick for your story I will warn, watch out for claws. You might just gain enough stripes to qualify for an extra on Winnie The Pooh. You’ll certainly bounce beds often enough to land the job. On that note, the tease is all about anticipation, but the story is good enough and the escalation realistic that most players shouldn’t be too frustrated. Gold star bud, for not going out of your way with Paetron baiting, to give your audience blue balls.

Overall, you’re going to do your best to protect those you care for. Whoever that is you choose, and whatever number. I personally want to see if you can soothe a certain psychologically inclined classy lady friend you have. Who has very recently, and in part thanks to close ties with your group, hit a very suddenly rough time. I will say again, I very much appreciate that going the Love Route doesn’t auto lock you out of caring for several. If you’re particularly non-committal, and careful you might end up following what is still a Love-based Route, but a little less Vanilla. I happen to like my ice cream syrup heavy, with chocolate chip sprinkles anyway.

Conclusion: (I did say I’d try For No Spoilers)

So far, there’s some good beats, a few interesting twists, and a deep ability to invest emotionally in these well-crafted, highly relatable and attractive characters. Nothing in a visual novel will ever top that. The story is well thought out, and the dev hasn’t gone out of way to either overly involve the MC in combat, or outright emasculate the character. There is some debate to my mind about how much some of them bust his balls, but they also don’t mind getting down on knees without a fight to help his balls bust… so, trade-offs. It’s a win, and believe me, considering some games’ tendencies I’ll take it. Happy, and ever after my sometimes captive audience. Not that I want to see rope play involved… come to think of it, I better not give him ideas. Careful what I wish for and all that. Night all.

Taste Of Seduction: The Game