Third Crisis is an adult tactical-RPG that follows the adventurer and hero known as Vibe. After a mission gone wrong, she’s forced to adjust to her new way of life in the lust-ridden town of Carceburg.

Whether she gives in to the bliss of submission or uses her sexual appeal to her advantage on the battlefield is all up to you! As you delve deeper into Carceburg’s mysteries, you’ll come to uncover the secrets surrounding the crisis that saw humanity defeated and enslaved by the sinister organization Peitho.​ 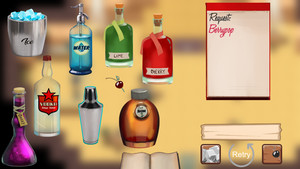